Lesson from an Interview


Usually people take lessons before appearing for an interview, but this one time I got a lesson from an interview. 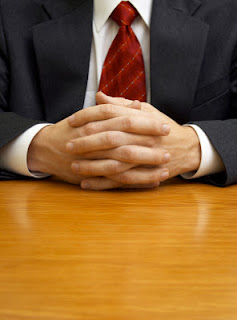 A few months back I was sitting in an interview panel, but thankfully on the other side of the table. I had known the panellist sitting along with me for quite some time, but hadn’t got an opportunity to interact with him closely till that day. He was fairly senior and a much respected member of the organization. As we started interviewing candidates, I realized that the interview was getting over way faster than it should otherwise have been! After a couple of interviews, I had to intervene and tell that we needed to spend more time with the candidates to understand them better before taking a decision. To my surprise, my colleague’s opinion differed.  He mentioned that he needed only two minutes and three questions to find out whether a candidate should be selected or not. He had done courses in face reading, body language etc etc etc and hence he was able to judge the candidate’s ability instantly. Thankfully, I hadn’t done any of those courses and hence depended on the traditional way of talking to the candidates to know more about them and their competencies. What followed next was a long discussion between both of us at the end of which we decided to spend more time with the candidates and so we did.

That evening I thought how judgemental we are! How quick we are to make our opinions about others and how difficult it is for us to change it! Thankfully my God was not judgemental. He said, “I did not come to judge the world, but to save the world.” (John 12:47) Because, if He did, I would have been condemned straightaway. My name would never have had a chance to enter the good Book and I wouldn’t have had a chance to experience His love and mercy; I wouldn’t have had this life to live, I wouldn’t be here writing this blog right now!

In the time that Jesus spent here on Earth, he made it very clear that he didn’t go by what the others or society thought about individuals, he didn’t go by their judgement. He, in fact, spent time with people whom the society shunned and saved those who were being judged. He walked with illiterate fishermen whom others gave no respect, He ate with tax collectors whom others considered to be greedy extortionists, He helped prostitutes whom others wanted to be killed publicly, He touched and healed lepers whom others cast out as untouchables. In the eyes of many, these people were not worthy to be with God. But, God chose to be with them, to walk with them, to touch them, to heal them, to forgive them, to love them, to save them. 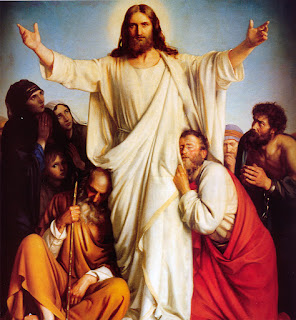 How easy it is for us to form an opinion and judge others just by a simple glance, just by the way they dress, just by the caste, creed, region, religion they belong, just by a mistake they would have committed, just by our limited interactions about them, just by what somebody else has told us about them. In many case we judge, form negative opinions which can’t be changed and condemn ones with whom we study, with whom we work, with whom we live, and in some cases even our own family members, If God doesn’t choose to judge them, who are we?

“Who are you to pass judgement on the servant of another? Whether he stands or falls, the one concerned is his master. But he will not fall, for his master is able to keep him standing.”  (Romans 14:4)

Posted by Thejas Sebastian at Monday, September 17, 2012 No comments: Links to this post