A few weeks back, one of my friends called me up and said, “Hey, the Vodafone guys have made an ad about you.” Staying in a house without television, I had lost touch with ads and had absolutely no idea about what he was talking about. Understanding my forced detachment from the world, my friend told that he was talking about Vodafone’s latest ad with the theme “He’s always on Facebook.”  I realized what he  exactly meant. I defended myself, but I knew my defence was weak. I, like millions of others across the globe, do spend a lot of time on Facebook updating status, writing on others walls, adding photos etc. We, the Facebookworms update about anything and everything, from our likes or dislikes, to whats happening in the world, to vacation pics, to whats for dinner, to our favourite team's score, to the slightest  cold or fever.........  Many of the major events also get captured through our FB status -  be it a lunar eclipse or the anti-corruption drive or the first F1 race in India or Sehwag’s double century – almost everything. Have you ever thought how the FB updates would have looked for events which happened before FB came into existence? I recently came across a video which showed how Christmas would have been capture on FB. Have a look at it:

Christmas story has so many people in it : Mary, Joseph, shepherds, angels, kings, Herod..... The one personality among them who touches me the most is Joseph. A Jewish carpenter who was about to get married to a beautiful girl named Mary. Everything in his life was going good. It was picture perfect, when suddenly strange events turned his life upside down. The girl he was about to get married became pregnant and according to her, she conceived by the power of the Holy Spirit.  The explanation given was too weird to believe. Nothing like that had ever happened before – a virgin being conceived by the power of the Holy Spirit.  He would have been shocked to know that. It was such a shameful incident. He was hurt, humiliated, confused, shattered. His perfect life seemed ruined. His friends left him, neighbours mocked him, he was left alone. He wanted to break the engagement, but one day an angel appeared to him in his dream and told him that Mary had indeed conceived by the power of the Holy Spirit. Leaving all his concerns and worries behind and without caring about what others would think about him, he believed in God’s plan.  From that moment on he was always by the side of Mary, every single day, through all that she did, through all the journeys she had to take including the long and difficult journey from Nazareth to Bethlehem when she was heavily pregnant, silently taking care of her and the baby inside her who would be the Saviour of the world. He did all this selflessly never thinking about himself even if that meant at times silently suffering for their sake. All his suffering was worth it when he saw the beautiful baby boy being born in a manger in Bethlehem. God’s plan materialized in his life that Christmas night. 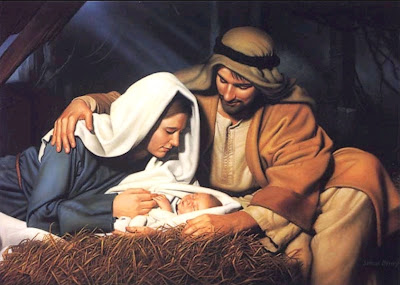 Christmas is about joy, about celebration, about families coming together, about carols, about cakes and gifts and decorations. Joseph shows us that Christmas is also about listening to God, its about having faith in Him even when everything in our lives is going wrong, its about knowing that God is with us through our greatest suffering, its about realizing that no matter what happens we are safe in God’s hand, its about trusting in God’s plan for us and co-operating with Him to ensure that His plan materializes in our lives.

Trust in the Lord with all your heart and lean not on your own understanding; in all your ways acknowledge Him, and He will make your paths straight. (Proverbs 3:5-6)

May you and your family have a blessed Christmas this year. May your family be like The family in Nazareth which lived two thousand years ago, which listened to God, trusted in His ways, obeyed Him and saw His plan materialize in their lives and through them in the lives of many others.

Posted by Thejas Sebastian at Thursday, December 15, 2011 4 comments: Links to this post


Books, Books, Books!!! If I had my way I would make all the books in the whole world disappear. I know it’s blasphemous for those who love reading, but I know I can never make it into their tribe. I still admire and look in awe and disbelief at people who can gobble up a big thick book in a matter of hours.  But sorry guys I can’t do it. My mother tried her best.  When I was in 8th Standard, she gifted me a not-so-thick book – “The Count of Monte Cristo”.  How was it? I don’t know, coz I never made it beyond 8 pages. Till now!! The same was the case with every other book. 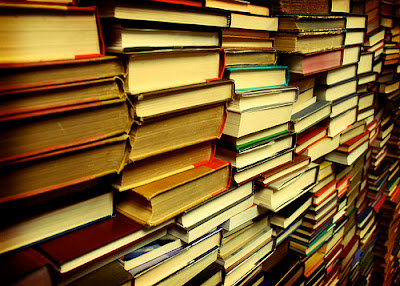 In our house there was one important book – The Holy Bible.  My experience with it was very limited. Well, to be frank, almost zero. The first reason being that it was in Malayalam – my mother tongue or, as I would often say, my mother’s tongue. I could hardly understand it, let alone speak or read it. I never could pick up the long alphabets which went round and round and whose beginning and end I couldn’t make out. The second reason being that the Book was considered very holy. So holy that it was kept wrapped in a cloth, up in our showcase all year long. I remember it being taken out only once a year on Good Friday, when my mother would read the Passion of Christ. And after that it was back in its resting place.

But all this was set to change. It was during my Engineering college days that I started getting to know the Book. Through a youth prayer group and later a youth retreat and later through the daily prayer meetings in one of our hostel rooms, I started hearing it attentively. Soon, I started reading it myself. However, initially, I couldn’t understand a thing. The English was so difficult and archaic. Plus, I didn’t have any idea who was Matthew or Paul or Jeremiah or the Colosians......  or what Old and New Testament, the Gospels meant. Couldn’t make head or tail out of it. Still, somehow I felt that I should go on, even if I didn’t understand a word I should continue reading. And I did. And I’m glad I did.  Soon I realized that those were not just black and white alphabets printed on white paper, or words spoken by someone long time ago. I realized that those words were alive and active, those words still carried their meaning, still applied in my life, still spoke to me. I realized that it was not just any Holy book, it was the Word Of God! The Word of God which lives on forever. “The grass withers and the flowers fall, but the word of our God endures forever.”  (Isaiah 40:8) 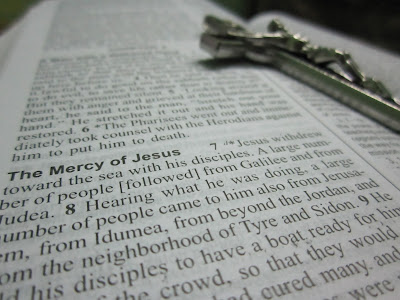 Over the years the Word of God has been my companion. It guided me at times of confusion, corrected me when I was wrong, helped me when I needed it so badly, strengthened me, inspired me, taught me. Let me tell you about an experience which changed the course of my life.  It’s regarding one of the most important and difficult decisions I had to take at that point of time. Towards the end of my engineering course I had to decide what next. I had two options: either to join a software company which had already offered me a job or to go for higher studies. There was a third option of going for a volunteership for a spiritual youth group for a year, but that meant a gap of at least an year in my resumé which could have disastrous consequences. As time went by the Word of God started speaking to me. One Bible verse kept on ringing in my head: “Seek first the kingdom of God and everything else will be added unto you.”  I didn’t even know where it was in the Bible, but still it kept on speaking to me. Some days later, a Priest told me the exact same verse (Matthew 6:33). By that time I was convinced what I had to do, but I had to convince my mother. In a matter of few months, the Word of God spoke to my mother as well. She had started reading the Bible daily and one day she called me and told that she read a verse which said “Does a person gain anything if he wins the whole world but loses his soul?”(Mark8:36).  She told that I can go ahead with my one year volunteer plans. I went ahead with the same. And even today I’m so grateful that I took that decision. It was the best year of life. I still cherish each and every day of that year. That one year shaped my life. I took the right decision and it was because of the Word of God, which was alive and which spoke to me, which spoke through my mother, which spoke through the priest.

The Bible at my home has been replaced by a new one. Still in Malayalam, still considered Holy, still wrapped up, but opened and read every day. I have one for myself now, an English one, wrapped in a black leather cover, lying right next to my pillow, a little torn, a lot underlined, referred daily, still considered Holy. The Word of God is Holy, but not too Holy to stay away from us, from our daily lives. Even God who was all Holy, all powerful , all mighty, didn’t choose to stay away, didn’t choose to look at his people from up above but decided to come down to earth, to live with us, to be born among us, to become flesh and body.  “The Word became flesh and, full of grace and truth, lived among us.” (John 1:14) 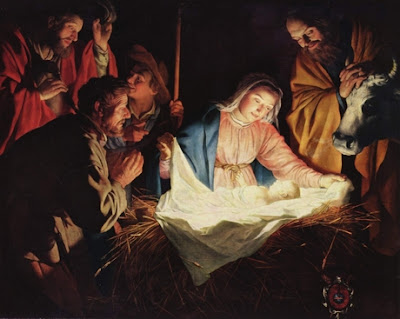 Posted by Thejas Sebastian at Friday, December 09, 2011 5 comments: Links to this post