I Believe in God

I had actually been thinking about looking out for a better opportunity for some months now. The reasons for the same were many - both professional and personal. However, I was in dilemma and didn’t know what to do and how to proceed? I wanted to resign, but how could I without getting another job! I consulted a few close friends and family members and they gave me different advice, which confused me further. It had become difficult for me to continue with such ambiguity and I had to decide what to do with my life sooner than later.

Finally, I decided to consult someone who had helped me take many of the major decisions in my life – God, my Heavenly Father! I decided to spend a weekend praying and trying to listen to what He had to tell me. And what I heard surprised me!! 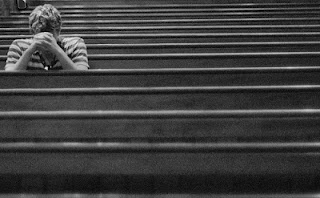 11th August, 2012: After spending some time in prayer and asking God’s advice I came across the Bible passage - Jeremiah 21:1-10. Some of the verses through which God clearly spoke to me were: “Those who remain within the confines of the city will meet their death....; those who go out ... will live.” After reading it, I was sure God was asking me to leave. I shared the passage with one of my friends who also got the same insight!

I was stunned, shocked, amazed on how precisely, how clearly God spoke to me through my friend and through two unrelated passages from the Bible. The message was loud and clear to me – it was time for me to leave, time for me to resign. I also received assurance that everything will work out well – it may not be in terms of a better job or higher salary, but it surely would be according to the plans God has for me. That night I decided to let go of my worries regarding the bleak job market, the chances of making the biggest blunder early in my career. I decided to let go of the logical and rational person that I am and instead decided to trust God’s plan, decided to trust God’s words! I decided to resign.

13th  August 2012: I wanted to speak to my superior regarding the same, however wasn’t able to.

14th August 2012: God spoke again, confirming what I was about to do was correct. 1 Thes 2:13 – “...on receiving our message, you accepted it, not as a human teaching, but as the word of God. This is what it really is.” He asked me to trust in Him as well through the verse Psalm 32:10 – “...the Lord’s mercy unfolds those who trust in Him.” The same day I took the blind leap of faith. I resigned and started serving three months of my notice period absolutely unsure of what was in store for me.

In the following days and weeks, God spoke to me in so many instances, through the Bible, through people, through the mails I read, through signs I saw on the road..... It was just crazy! Every day I used to be amazed how God would speak to me, guide me, comfort me. He was like a loving father, walking by my side, showing me the way when I was lost! 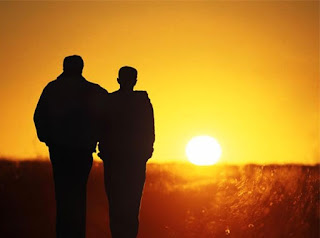 With His grace, things started working out for me.  My resume was shortlisted in a reputed organization, with the help of one of my friends and I was clearing rounds after rounds of interview. However, I wasn’t prepared for what was coming my way. After attending the final round of interview, there was a delay in receiving any communication. When I contacted them, I was told it might take some time and that they were still discussing. Even though I knew I had to trust God, I became anxious and worried that this offer may not materialize at all. The next day (Saturday), during my daily time with God, I shared everything with Him and in return, He showed me a glimpse of a big fish. The first thing that came into my mind was the story of Jonah, how he was swallowed by a big fish and then spat out on the third day. Was this an indication from God, that I would receive some good news on the third day?? I just hoped. On Sunday, while attending a prayer meeting, the priest mention Jonah’s story to me without having a clue of what was going on in my life! This was a confirmation from God that something was going to happen on the third day.  On Monday evening – the third day from Saturday – I received a call confirming that I was selected, that I was being offered a job!! My joy knew no bounds!! I couldn’t thank God enough for being by my side all through these days.

11th November 2012: My last working day at my first organization. Many times during my notice period, many asked me to reconsider my decision and revoke my resignation. There were times when even I wondered if I should do the same. However, the decision to resign was not mine, it was God’s. The decision to revoke, couldn’t also be mine.

14th November 2012: Exactly three months after my resignation, I joined the new organization.

Many a times in our lives while taking a decision, we depend on ourselves and on others, when what is needed is to trust God and to listen to Him – the one who created us, who gave us this life, who knows every second of our life. We don’t have to be a saint to be able to listen to Him. We just need to be a child looking up to our loving Father, willing to trust Him completely.

Trust in the Lord with all your heart and lean not on your understanding; in all your ways submit to Him and He will make your paths straight. (Proverbs 3:5,6)